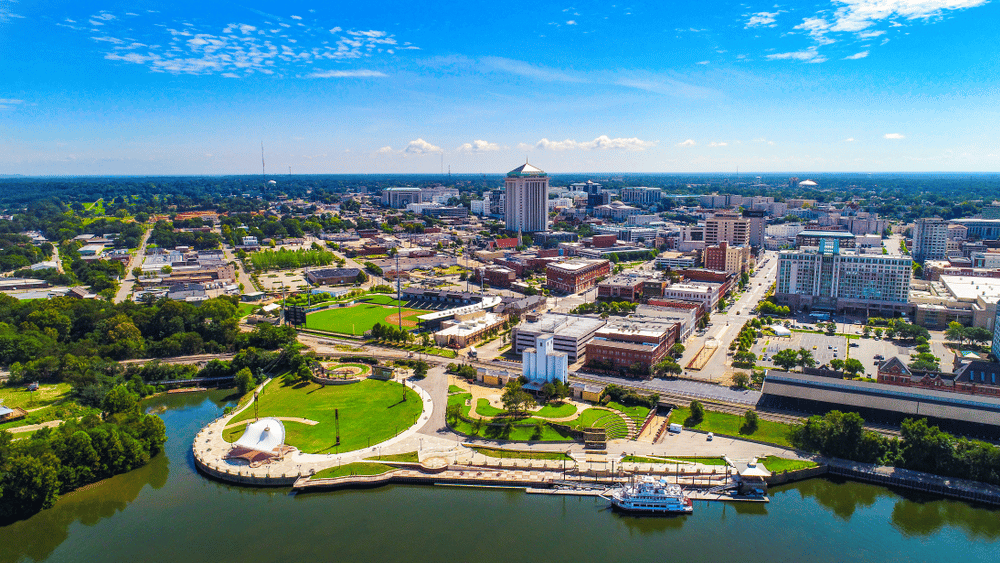 Cosigning a Car Loan: What to Consider

10 Ways to Combat Inflation as an Individual

What are Your Financial New Year’s Resolutions?

Medical Bills and Their Impact on Your Credit

Day trips in Alabama will prove to be an adventure that everyone can enjoy. From experiencing the state’s history and culture, to tasting the most delicious southern cuisine you ever had, you will witness first-hand southern hospitality at its finest.

In this article we’ll cover a variety of things to do in Alabama that will keep every visitor happy while making unforgettable memories.

Hometown pride means everything to the people of Alabama and they’re more than happy to tell you why. Whether your day trip itinerary includes dining at one of their award-winning restaurants, attending a sports event, catching some rays at one of the beautiful Gulf Coast beaches, or visiting many of their historical sites, you won’t be disappointed.

Approximately half of the peanuts grown in the U.S. are grown in Dothan, which is known as the “Peanut Capital of the World.”  The nation’s largest peanut festival is held every year here to honor local peanut farmers and to celebrate the harvest season.  This 10-day festival is full of events such as amusement rides, animal attractions, agricultural displays, concerts, parades, and of course tons of PEANUTS!  If you have a peanut allergy, you may want to skip this one!

Rummage through the Unclaimed Baggage Center in Scottsboro.

Looking for something different to do? Search for unique and quirky finds as well as real treasures at the country’s only lost luggage store.  This 40,000-square-foot store covers more than a city block and hosts around a million visitors a year from every state and 40 foreign countries.  You’re bound to walk out of there with something!

This 85 acre Nature Conservatory located in Northwest Alabama, is an amazing sight to see after dark.  The canyon lights up with tiny bioluminescent creatures called Dismalites.  These “glowworms” require a select habitat to survive and are unique to only a few places on Earth.  Visitors can enjoy a guided night tour.

See a race at Talladega Superspeedway

Visit NASCAR’s longest and fastest race track in Talladega, AL.  It is located on the former Anniston Air Force Base in the small city of Lincoln.  Check out their website for special concert events.  You might want to bring some earplugs for this one.

Dauphin Island Park and Beach is best known for its amazing sunsets and beautiful white sands.  Enjoy activities such as camping, boating, kayaking, and fishing.  It’s also a popular wedding venue!  The Audubon Bird Sanctuary consists of 137 acres of maritime forest, marshes and dunes, and is the largest segment of protected forest on the island.

Visit Monroeville, the “Literacy Capital of the World”

Walk across the Edmund Pettus Bridge in Selma

Every year in March, Bloody Sunday and the Selma to Montgomery March are commemorated at the Edmund Pettus Bridge in Selma. But, you don’t have to wait for a big event to pay a visit.

So many great places to eat in Alabama, but this unique twist on barbeque sauce caught my attention.  Barbecue sauce takes many forms within Alabama. But the state’s unique contribution to the art form is a creamy, mayonnaise-based white sauce served over smoked chicken.  Bob Gibson, the founder is credited with having invented white sauce back in 1925 and his original location has been making it ever since.

Blast into some fun at the U.S. Space and Rocket Center in Huntsville

Since opening its doors in 1970, nearly 16 million people have toured this amazing center.  Opened 7 days a week, this center serves as the official NASA Visitor Center for Marshall Space Flight Center.  Rocket Park is home to 27 missiles and rockets, and shows how Army rocketry launched America’s space program, giving rise to NASA’s Marshall Space Flight Center.  See the Saturn V rocket, which is the National Historic Mechanical Engineering Landmark- one of only three in the entire world.  The Center’s main exhibit area contains one of the largest collections of rockets and space memorabilia anywhere in the world.  In the Davidson Center for Space Exploration is the National Geographic Theatre where quality educational films are presented in 3D.

Enjoy a stroll through the Birmingham Zoo

One of the state’s most popular attractions is the Birmingham Zoo.  With approximately 700 animals of 200 species, and endangered species from six continents, this 122-acre is the perfect place to visit any time of the year.  When you get tired of walking, relax and enjoy one of their exciting shows, take a train or carousel ride, or cool off on the splash pads and the Full Moon BBQ Wild Slide.

Owned by the University of Alabama, this breath-taking park is one of the nation’s premier Native American heritage sites.  Climb ancient mounds, see stunning artifacts and learn about Native American food and medicine at the Three Sisters Garden.  The park includes 29 platform mounds, an archaeological museum, a beautiful nature trail, and camping facilities.  To get the full impact of your visit, it is highly recommended you watch the movie before your visit.

Your tour starts at the massive entrance that measures 126 feet wide and 25 feet high.  Inside the cavern are some of the most beautiful formations Mother Nature has ever created including “Goliath”- one of the largest stalagmites in the world measuring 45 feet high and 243 feet in circumference.   Cathedral Caverns features many amazing sites:  a “caveman” perched atop a flowstone wall, a “frozen” waterfall, a large stalagmite forest and a most improbable stone formation – a stalagmite that is 27 feet tall and 3 inches wide!

Created by Vietnam Veterans Memorial designer Maya Lin, the Memorial is located across the street from the Southern Poverty Law Center’s office building in Montgomery, Alabama, a city rich with civil rights history.  As Lin envisioned, the Memorial plaza is “a contemplative area — a place to remember the Civil Rights Movement, to honor those killed during the struggle, to appreciate how far the country has come in its quest for equality, and to consider how far it has to go.”The Memorial is just around the corner from the church where Dr. King served as pastor during the Montgomery Bus Boycott in 1955-1956, and the Alabama Capitol steps where the Selma-to-Montgomery voting rights march ended in 1965. The Memorial is located on an open plaza accessible to visitors 24 hours a day, every day of the week.