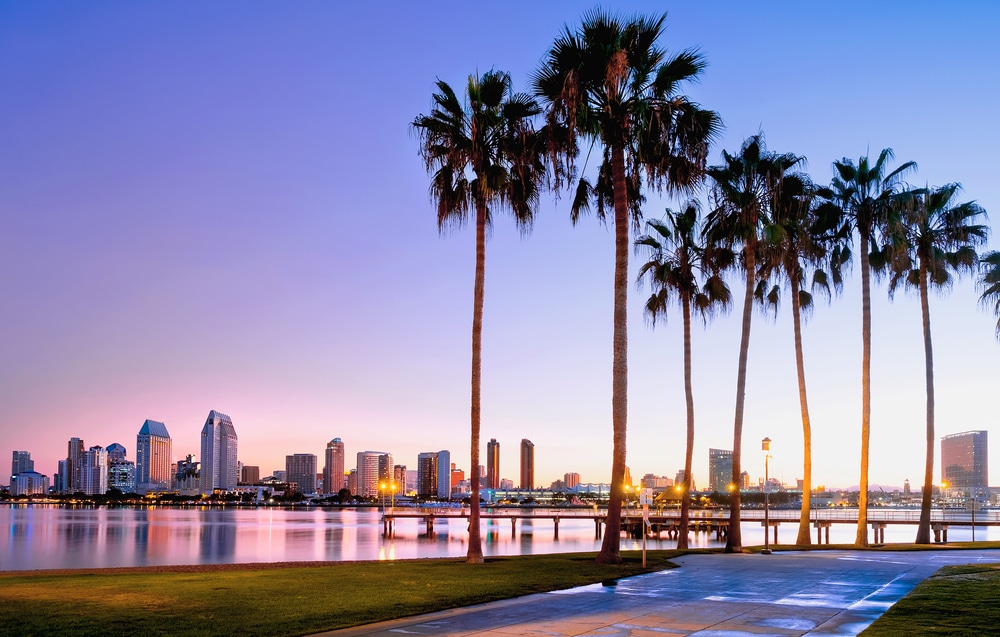 What’s the Difference Between a Personal Loan and a Line of Credit?

What to Expect When Working with a Personal Loan Lender

Money Saving Apps: A Go-to Guide to Help You Save Money

Should I Finance a New Car or Used Car?

A California road trip may be the Oscar award-winning trip you are searching for. The amount of things to see and do will only be restricted by your time and money. Since The Golden State is so big, let’s break it down by Southern California, the California Coast, and Northern California.

There is so much to see in San Diego on your road trip. The San Diego Zoo is iconic and offers more than 3,500 animals and was one of the first zoos to recreate natural habitats for their wildlife. If you like history, the USS Midway Museum is an actual aircraft carrier where visitors can tour 60 different locations on the ship. If you want to get up close and personal with some sea lions and seals, check out La Jolla Cove where these wild animals hang with tourists right on the beach.

Anaheim is known for its amazing theme parks and none is more well-known than Disneyland. This theme park started it all for Mickey Mouse in 1955 and features legendary rides such as Space Mountain and Splash Mountain, as well as the new Star Wars: Galaxy’s Edge land. If you need more rides to get your Disney fix, the neighboring Disney California Adventure offers Cars Land and a Guardians of the Galaxy ride. Just 6 miles away, Knott’s Berry Farm is considered by many to be the “original” California theme park and offers rides for all ages.

Road tripping further north will get you to the premier entertainment destination, Los Angeles! You can’t leave LA without seeing the iconic Hollywood Sign or by taking a stroll down the Hollywood Walk of Fame where over 2,600 stars honor the greatest entertainers of all time. If you love astronomy, head over the Griffith Observatory to see the “real stars” in the sky. However, that observatory also served as a filming location for “Hollywood stars” James Dean (Rebel Without a Cause) and Arnold Schwarzenegger (The Terminator). If you want to see where your favorite movies and TV shows were filmed, Universal Studios, Warner Bros. Studios, Sony Studios, and Paramount Studios allow visitors to tour many famous sets and soundstages. On these tours you can stand where Judy Garland sang “Somewhere over the Rainbow” in The Wizard of Oz, sit on the actual couch on the Central Perk set of Friends or “time travel” to the Hill Valley town square from Back to the Future.

If you want to take a road trip from Southern California to Northern California, the most scenic place to drive is along the beautiful California Coast! Some great places to visit are Big Sur, Hearst Castle, and Santa Cruz.

California Highway 1 runs through the Big Sur area where road trippers get amazing views of the Pacific Ocean. The area also offers many great camping spots, as well as breathtaking mountain views and is the best road to take for any California Coast road trip.

Presiding right on the California Coast, Hearst Castle is a National Historic Landmark and former home of publishing tycoon William Randolph Hearst. Hearst Castle hosted many of the Hollywood and political elites of the 1920’s and 30’s, but is now open for anyone to tour daily.

Santa Cruz is a huge spot for surfers and beach lovers. The Santa Cruz Beach Boardwalk has rides and games for all ages and was a filming location for 80’s cult movie The Lost Boys as “Santa Carla”. It’s a beautiful town, just watch out for all those “vampires”.

Just south of San Francisco is the biggest technology hub in America. Silicon Valley is home to the headquarters of Apple, Google, HP and Facebook. You can also visit the garage where Steve Jobs and Steve Wozniak first invented the Apple computer way back in 1976.

If you don’t see the Golden Gate Bridge, did you really visit San Francisco? This bridge is regarded by many to be the best bridge and one of America’s “instantly recognizable icons”. Another must-see location in San Francisco is Alcatraz Island where you can tour the prison that once housed some of the nation’s most notorious criminals such as Al Capone. If you are more into architecture, visit the famous Painted Ladies which are a row of brightly colored Victorian style homes in San Francisco and were prominently featured in the opening credits of the TV show Full House.

If you drive north of San Francisco, you have to check out the giant Redwood trees in Redwood National Park. Redwoods can grow over 300 feet and can live over 800 years. These behemoths are truly something that you have to see for yourself.

Road trips through a big state such as California can be costly, so if you need any additional funds, check out Mariner Finance vacation loans. Have fun and safe travels.